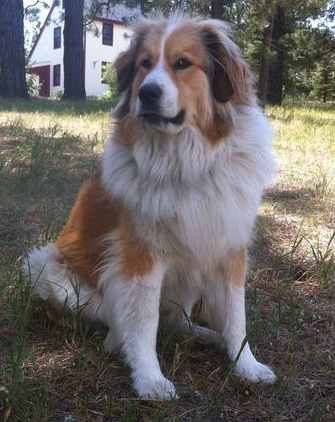 The Great Pyrenees is believed to have originated in the French Pyrenees Mountains. They have been bred and selected by local farmers and shepherds for centuries. Presumably, the farmers and cattle owners bred these large, white dogs so that they could blend in with the sheep and were not very noticeable in the snow.

At the same time, the dog had to be both large enough to be able to protect the herd from wolves and bears and smart enough to guide and herd the flocks of sheep and cattle to and from pastures. 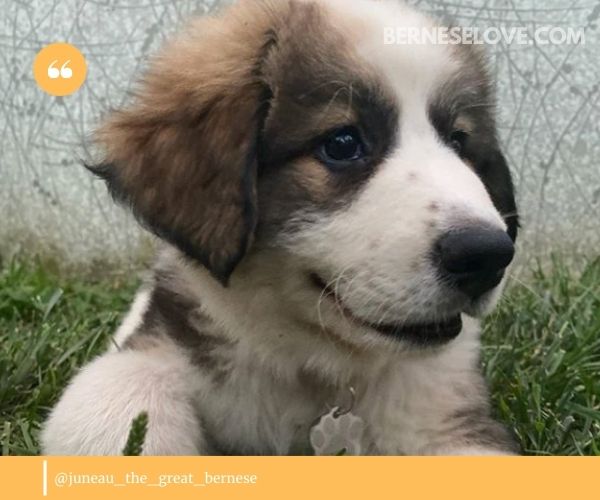 Very often the Great Pyrenees had to work independently. Often they would spend days in a row with the herds and being fully responsible for the herd safety. Later, during various wars the Great Pyrenees would help find and save soldiers, carry food and supplies past the enemies’ outposts, move firearms from place to place and were extremely useful in many ways.

They proved to be highly intelligent , loyal and had a strong desire to serve their people, which made them such a successful breed.

Today, the Great Pyrenees are popular around the world as one of the largest dog breeds out there. Of course, they are also loved for their intelligence, loyalty, kind and outgoing natures and gorgeous looks. They are used extensively as guard dogs on farms but also kept as pets in households, especially with children. A lot of Great Pyrenees crosses started to appear in the recent times, one of which is Bernese Mountain Dog Great Pyrenees Mix. 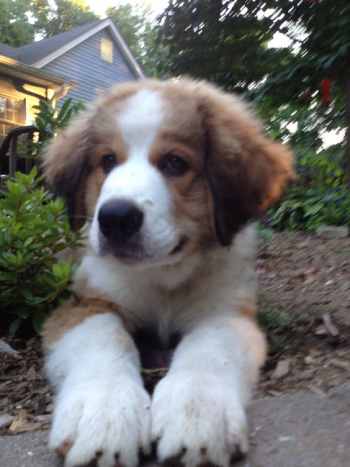 Bernese Mountain Dog Great Pyrenees Mix is a large, powerful, well-muscled dog that is usually a bit smaller than Great Pyrenees but may be larger than the Bernese.
Source: Pinterest

Great Pyrenees Dog is one of a few breeds that’s actually larger than Bernese Mountain Dog. This is a very large dog, with males reaching up to 75 to 80 cm tall.  Females are slightly smaller at 65-75 cm tall. Despite its size, the Great Pyrenees is a graceful, well-proportioned dog with light, agile movements.

It doesn’t look like a heavy, slow, apathetic dog. On the contrary, they are lively and energetic. The legs are muscular and not very long. 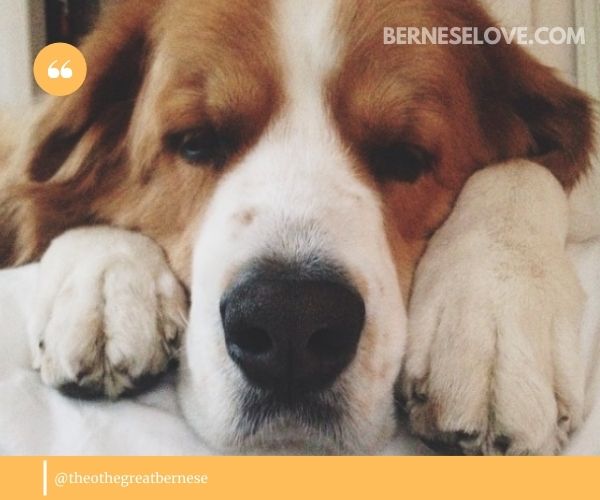 Great Pyrenees have only a few official colors – white is most common, although sometimes they can be white with tan or gray spots. Their coats are thick and long – this is one of their main distinguishing features and something they can truly boast about.

The eyes is another unique feature of a Great Pyrenees. They are of medium size and almond-shaped. They have a very unique “squinting” expression that makes it easy for the lovers of the breed to distinguish a Great Pyrenees from any other large white dog. Once you have seen these eyes, you will remember them forever. 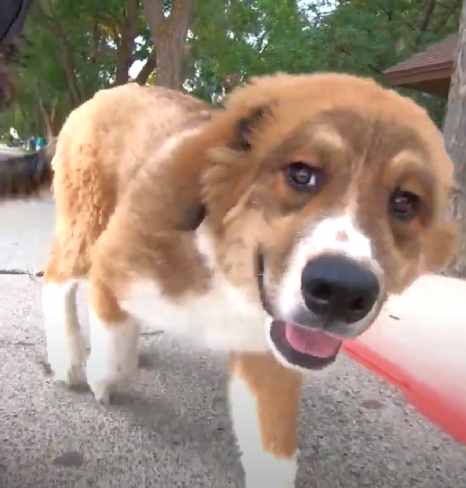 When it comes to the Bernese Mountain Dog Great Pyrenees Mix appearance, they are a perfect mix of Berners and the Great Pyrenees. You could say that the white of the Great Pyrenees coat sort of “dilutes” the distinct, bright and colorful markings of the Bernese, resulting in a similar dog with much “softer” markings, although you can still see the tricolor in many cases.

Bernese Mountain Dog Great Pyrenees Mix is a large, powerful, well-muscled dog that is usually a bit smaller than Great Pyrenees but may be larger than the Bernese. As I already mentioned, they may still display the tricolor in their coat, but the markings will be lighter: soft red, yellow, grey and white instead of black, red and white of the Bernese.

Having said that, as with any mix, the colors can combine in various ways and the traditional Berner markings might be hardly recognizable in the mix.

The quality of the coat itself is the same: it’s rich, long, thick and luscious. The type of coat evolved to protect the dog that has to spend days outside in the snow, high up in the mountains. This is partly what can make your Bernese Mountain Dog Great Pyrenees Mix a great guard dog if you live on a farm.

They won’t mind spending a considerable amount of time outside. However, this doesn’t mean they will thrive on their own day and night. They still need to live in close proximity (in the house!) with their owners.

Needless to say, with a coat like that you can definitely expect to have to groom your Bernese Mountain Dog Great Pyrenees Mix on a regular basis! 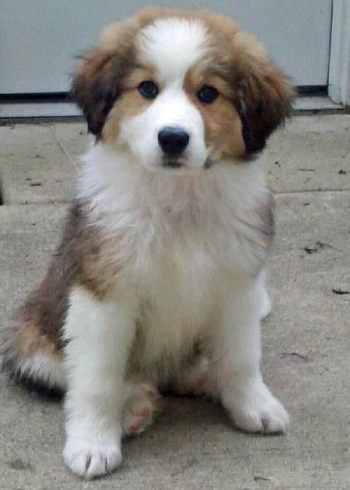 To recap that article, Berners are known for being a very emotionally stable, confident and friendly breed. They are very loyal to their family and are excellent farm dogs, but not great guarding dogs. They are completely non-aggressive and even slightly phlegmatic and docile at times.

The Great Pyrenees Dog also has working dog past, but it’s quite different from Berners in that the Great Pyrenees are excellent guard dogs. Is it because they are naturally aggressive and bloodthirsty? Of course not. They aren’t even really that aggressive towards strangers. They are really more intimidating than aggressive.

If a stranger tries to get onto their territory without you being OK with it, a Great Pyrenees will try to intimidate them rather than actually hurt them. This is a really large dog with a really large bark. If a stranger still dares to trespass after they heard your Great Pyrenees’s bark and saw their teeth, they may get a bite. But again, it won’t be a bloodthirsty attack. It will be simply a warning.

At the same time, a well-raised, well-behaved Great Pyrenees will never hurt your guest or a visitor that you yourself let in the house. They are not aggressive and not particularly mistrusting. It’s a calm, confident but observant dog and they can sense if there is any danger or if they can relax (which they prefer.) 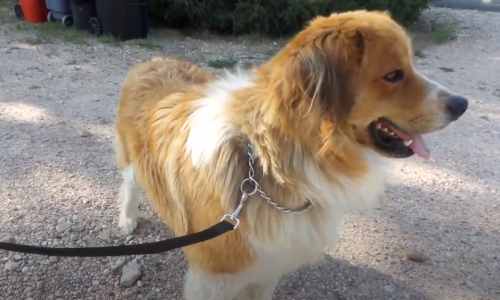 A well-raised, well-behaved Great Pyrenees will never hurt your guest or a visitor that you yourself let in the house

Outside of their own territory (your house or farm, or your backyard), a Great Pyrenees is a well-behaved, polite and calm dog that will not get into fights with other dogs and definitely not with people. They are also very gentle with children, even the youngest kids.

This dog has strong protective instincts and wants to guard and protect everything that’s small and vulnerable. Great Pyrenees are excellent dogs for families with children. In fact, some people wonder if these kind, patient, goofy-looking dogs can in fact be good guarding dogs – that’s how friendly they are with the people they love. (But yes, they are also excellent at guarding.)

Great Pyrenees can boast outstanding intelligence. They have an uncanny ability to make sense of their surroundings and the situation they are in. Loyal and loving, they always keep their family members within their field of view, observing everything that’s going on around them. A Great Pyrenees will understand the routine and motions of their household very well. Sometimes it seems as if they are able to read human minds!

In your Bernese Mountain Dog Great Pyrenees Mix you can expect a combination of these wonderful traits of the two breeds. Both are friendly, outgoing and confident dogs. They value their families most of all. Both have working qualities in their blood. Your mix may or may not be thriving as a guard dog depending on how much of the Great Pyrenees it inherits.

But it will definitely be an intelligent, active, enthusiastic dog that will be happy to help you out on a farm if you happen to have one, or even just to herd your kids and watch after them (if you happen to have kids!). It is an excellent family pet for a family that likes being active and spends a lot of time outdoors. 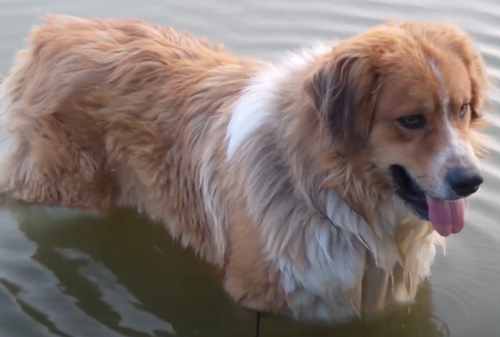 The Great Pyrenees are not a “hyperactive” breed. As all large dog, they move slowly, and sometimes like to spend their day napping, especially if it’s hot.

Despite their excellent working qualities, Bernese Mountain Dogs are calm and sometimes even a little docile. They really are very calm when they are not working (helping out on a farm, training, hiking etc).

The Great Pyrenees are also not a “hyperactive” breed. As all large dog, they move slowly, and sometimes like to spend their day napping, especially if it’s hot. (Hot weather is actually harder for them to tolerate than cold!)

However, both of these breeds, and thus your Bernese Mountain Dog Great Pyrenees Mix, do need significant amounts of exercise daily. They need it to stay healthy, both physically and mentally. This definitely includes a daily walk. But if that’s all you can offer in terms of physical activity, it may not be enough for your pup.

Remember, they were bred to work, and they get bored if they have nothing to do. Especially if they are stuck inside. An active family that likes spending significant amounts of time outdoors (be it hiking, biking, swimming etc) would be a better fit for a Bernese Mountain Dog Great Pyrenees Mix.

Obviously, both Berners and the Great Pyrenees are quite “hairy”. Both of these breeds evolved high in the mountains where they had to spend a lot of time out in the snow. You can see it reflected in their rich, thick, long coats. Does it mean that your Bernese Mountain Dog Great Pyrenees Mix will inherit a coat like that?

Most definitely yes. Does it also mean you will have to spend some time grooming them? Yes you will. You will have to brush their hair at least once a week. You will also have to pick up their hair from the surfaces in the house, especially in the spring when they tend to shed more.

The answer to this is yes and no. In terms of their tolerance to colder weather, a Bernese Mountain Dog Great Pyrenees Mix pup can certainly withstand the cold, as well as snow and rain. After all, historically that’s exactly how they lived for centuries. Their thick coats protect them wonderfully from lower temperatures. They can even sleep on the snow, just like Huskies. (n fact, they are more sensitive to heat than cold, as they can become easily overheated.)

However, these are also very family-oriented dogs that crave companionship and intimacy with their owners and their family. Your Bernese Mountain Dog Great Pyrenees Mix will not thrive if all they do is hang out outside in your backyard, on their own. (If you can be there with them – it’s a whole different picture. But you probably can’t!)

Please don’t confine your Bernese Mountain Dog Great Pyrenees Mix to live alone. This will not be good for their mental state and may lead to personality defects. A lonely dog is a frustrated, bored and potentially destructive dog. They may even become aggressive and outright dangerous.  Dogs were not meant to live outside alone, no matter how warm their coats are. They are pack animals, and you are their pack!

Besides, aren’t you thinking of adopting a dog so you can enjoy their company on a daily basis?

Read more about it in my article Can Bernese Mountain Dogs live outside and learn why they really shouldn’t.